The Silver Oak Jumper Tournament had its own moment of reverence as we held our main event of the day, the $5,000 Babington Benefit Class in support of Kevin Babington’s recovery. Set to a height of 1.25m and sponsored by the ever-fantastic people at Greenberg&Traurig law firm, everyone was out their showing their support for an incredible horseman, Olympian, hero and ambassador to our sport.

Canadian rider Anna Wilks aboard the zealous French Kiss put in a sensational ride to earn the blanket of roses and lead the victory gallop, and she said in an interview after the class that she loved how “family oriented and personal” the class felt and that she was “honored to ride in support of such a fantastic rider.”

In a serendipitous turn of events, Kevin’s incredibly talented daughter Gwenyth had a striking run for a second place podium finish in the National Standard 1.50m Grand Prix held later on in the afternoon. At only eighteen years old, she flew just like her Dad, only missing the blue to Karl Cook by six-tenths of a second aboard her father’s horse, the equally incredible Mark Q.

Chairman Jeff Papows raved it was “one of the *best* and most riveting jump-offs I’ve ever seen; I was on the edge of my seat the entire ride!!” Even Kevin himself, who was watching his daughter from home on the ClipMyHorse.TV livestream, touchingly remarked, “I was so excited I d*** near stood up out of my chair!”

To say it was a special day today somehow just comes short of describing it. We at SOJT are so thankful to our sponsors at Greenberg, and the riding community as a whole for coming together to put on such a special class like this when one of our own, especially someone as inspiring as Kevin Babington, needs our support. All of the entry proceeds will go to the Babington Family Trust.  Thanks to the generority of the Morrissey family. 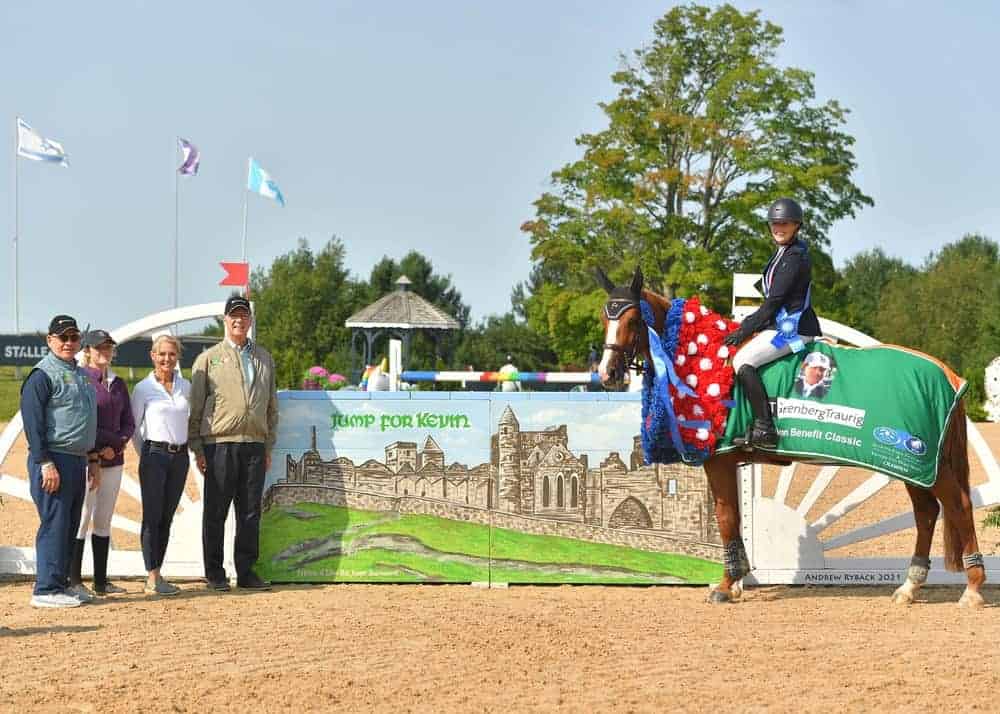 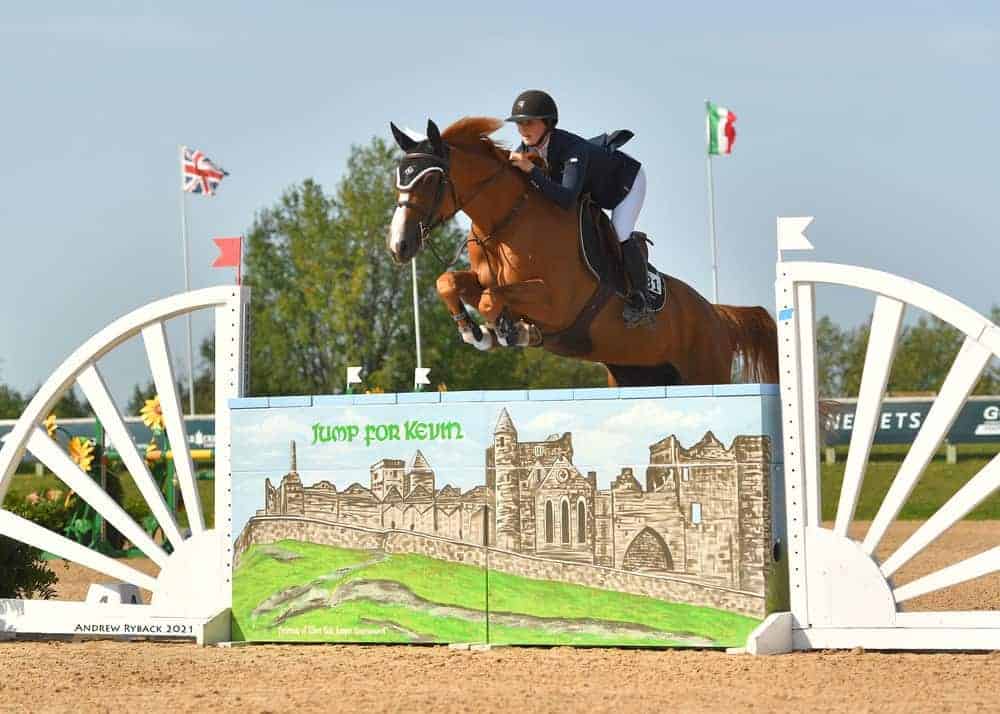 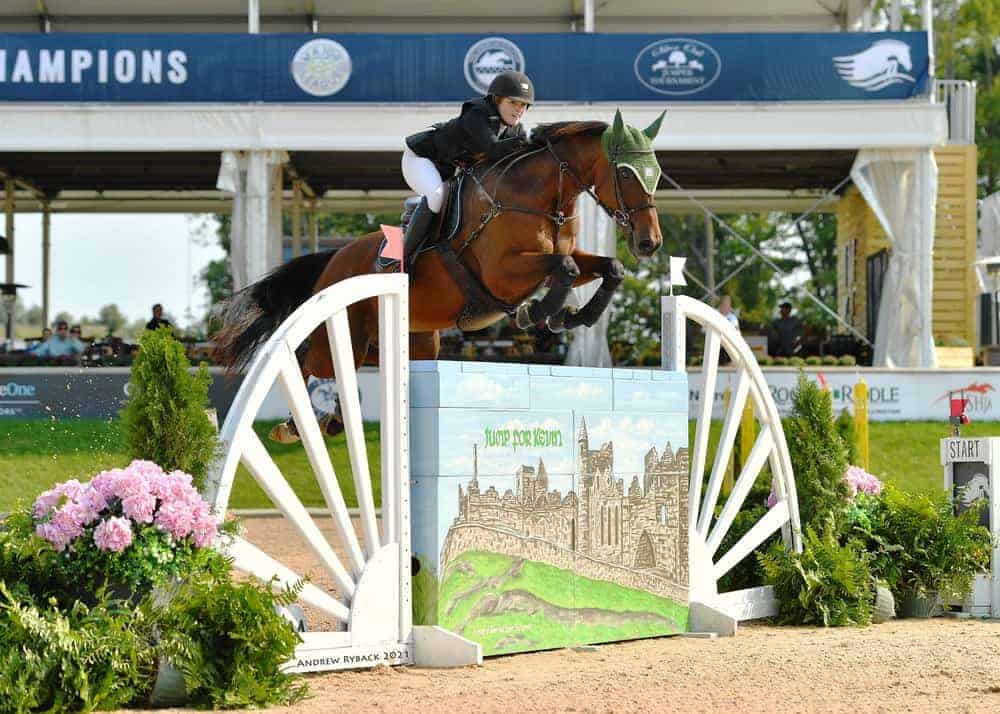